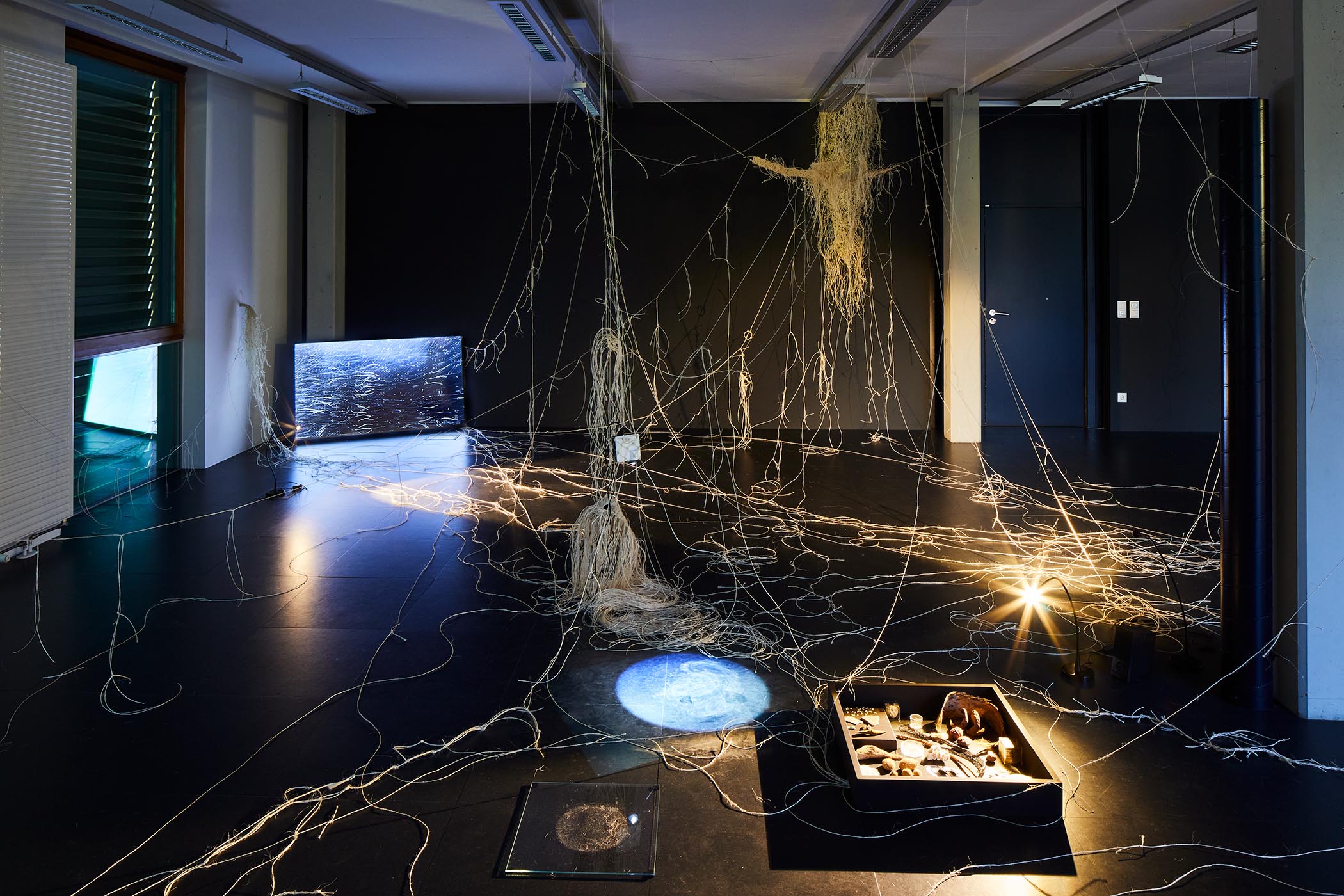 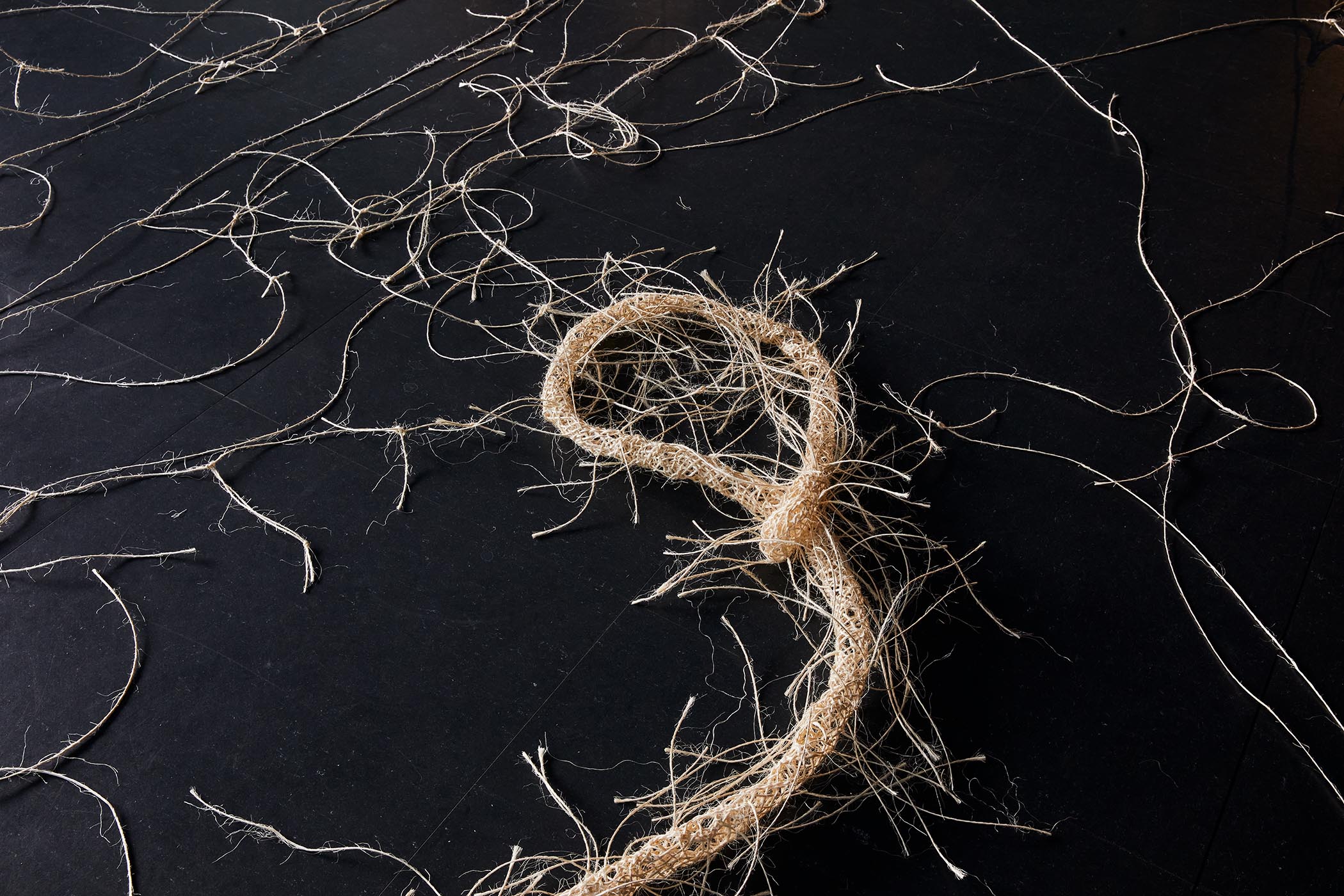 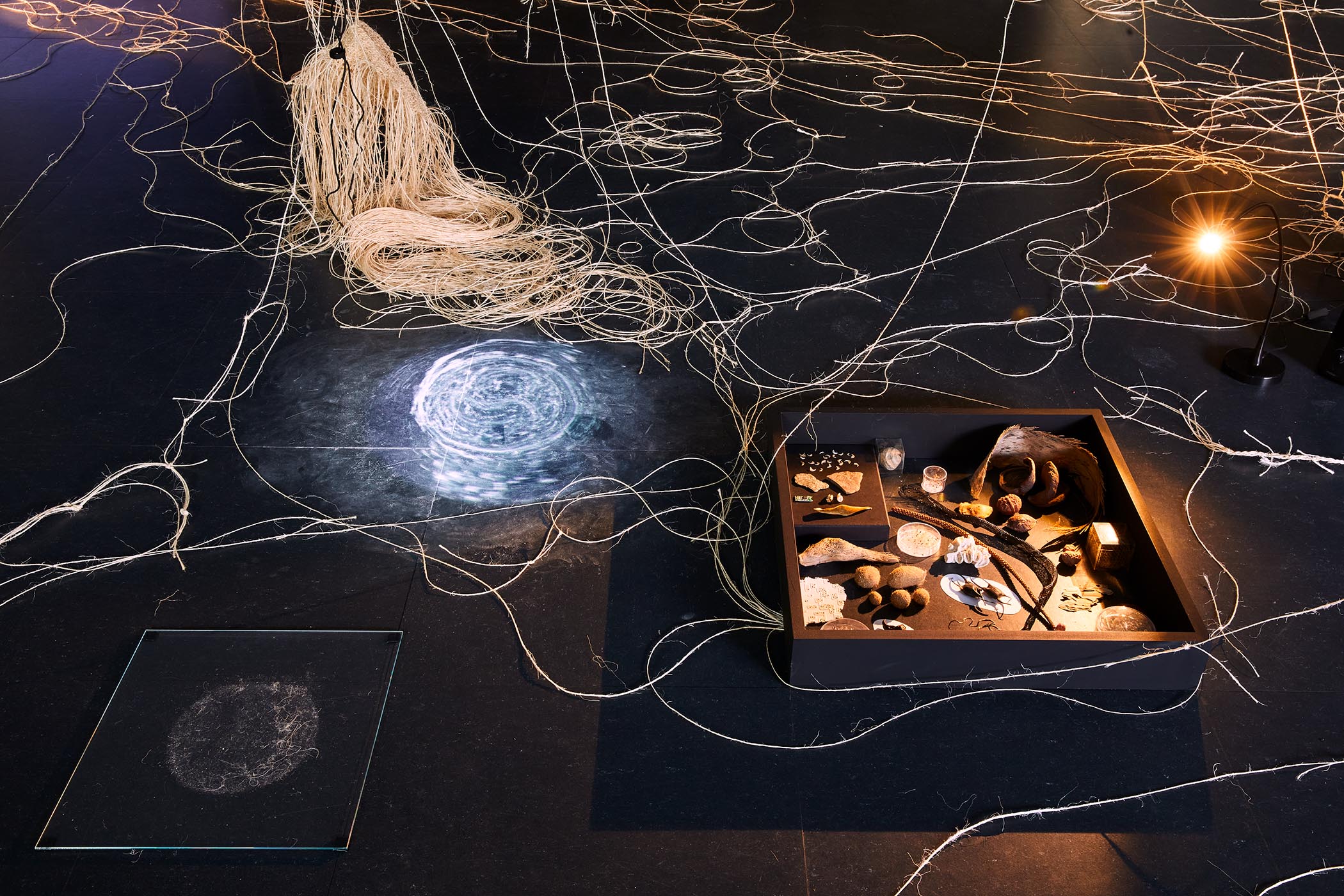 The term “interbeing” originates from the teachings of Buddhist monk Thích Nhất Hạnh. It describes the entanglement of all phenomena and their embeddness in a highly complex system of human and non-human relationships from a spiritual perspective. The notion of different forms of interconnectedness exists not only in spiritual traditions but also in scientific fields, such as system theory, encapsulated with terms such as "enactivism" (Humberto Maturana and Francisco Varela), "Élan vital" (Henri Bergson), "togetherness" (Alfred North Whitehead) or, "sympoiesis" (M. Beth Dempster and Donna Haraway).

The multimedia installation Interbeing refers to these ideas. It is an interwoven cosmos in which all elements are interconnected. It stands for a structure, a world fabric, which lies behind the world of illusions, which each being creates for itself in its own way – in cooperation with the world. Concrete beings condense from this cosmos – each of which them knotted from single pieces of strings. These Interbeing / Conditions #1 – #6 stand for snapshots from a world of liveliness which is always in process – which is always in flux and is generated further and further from the previous, the parallel existing into the future.

Over this abstract world of strings – which stand for individual moments, occurrences and contacts with the world – lies a soundscape. It names the elements of the concrescence of beings with the world of the other, such as "loving", "being loved", "caring", "being cared for", "eating", "being eaten" ... They are the fibres of the "Chair du monde" – a term coined by the philosopher Maurice Merleau-Ponty. An interweaving that is created in the field of tension of these interactions between the observer and the observed.

Two animated drawings further refer to the constant change that is immanent in all living things.

Press release on the installation at Kunstraum Lakeside, Klagenfurt 2022 by Gudrun Ratzinger and Franz Thalmair