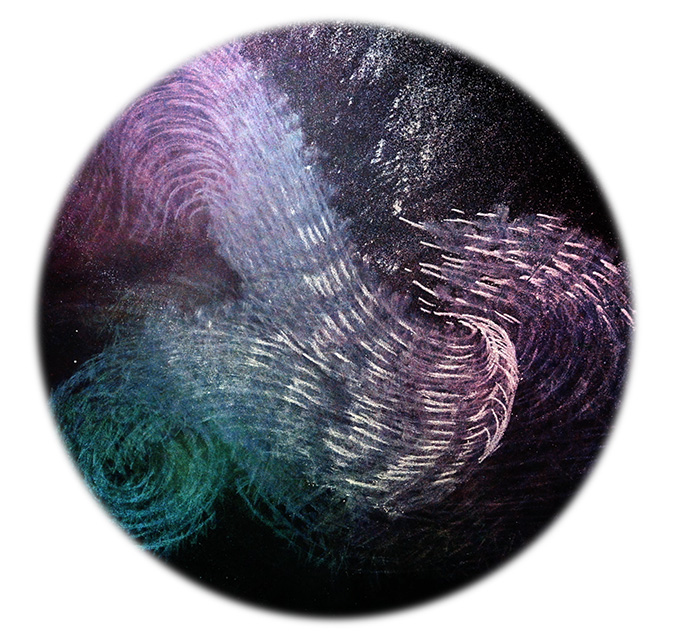 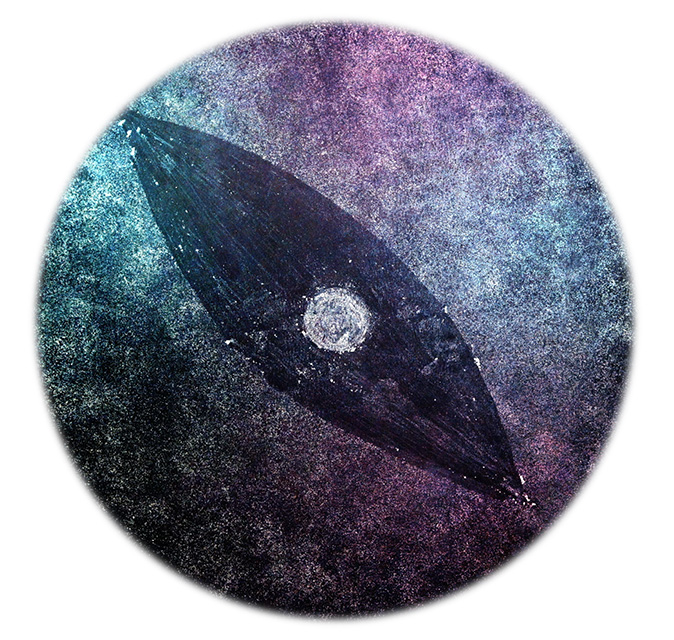 My artistic work deals with liveliness – its hidden contexts and networks, its origins, its evolution and also the role of man in this structure.

In my research on the origins of life and its networks, I came across the statement of the British court astronomer, Martin Rees: "... ultimately we ourselves are stardust" (see interview with Martin Rees in the "We are all stardust" by Stefan Klein).
But what does this statement mean? The elements of hydrogen and helium were created by the Big Bang. Later, the first stars formed out of these original gases, in the centers of which heavier elements were formed. Everything is built up out of these elements, the whole world – including our human body.
The animated chalk drawing "Stardust #1" shows my exploration of these facts: movements of particles, connection and dissolution, dust that forms and distributes. Like looking into the microscope and simultaneously into the telescope - a poetic look into the deepest depths of liveliness. 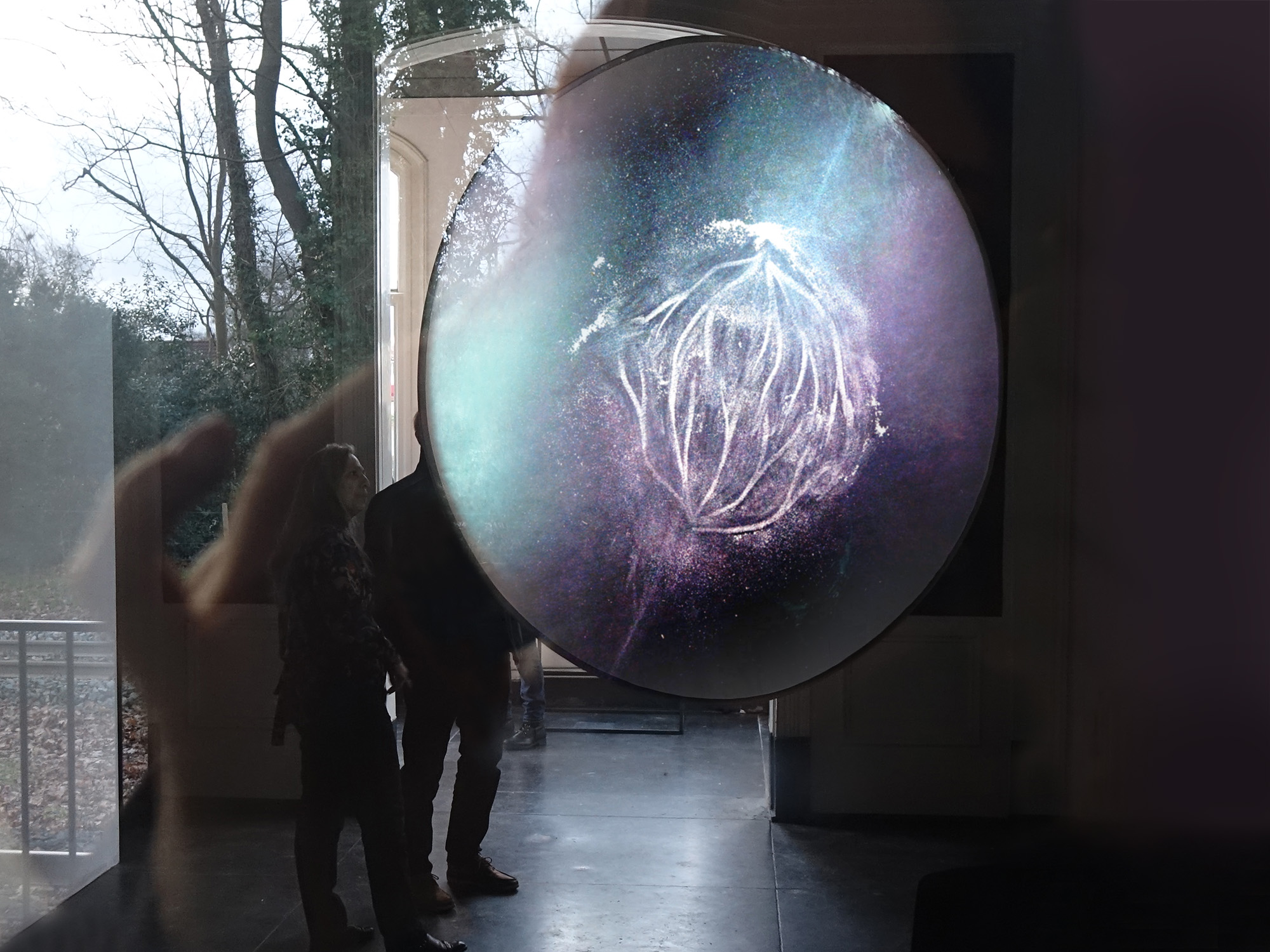 Installation at Kunststation Delden, The Netherlands